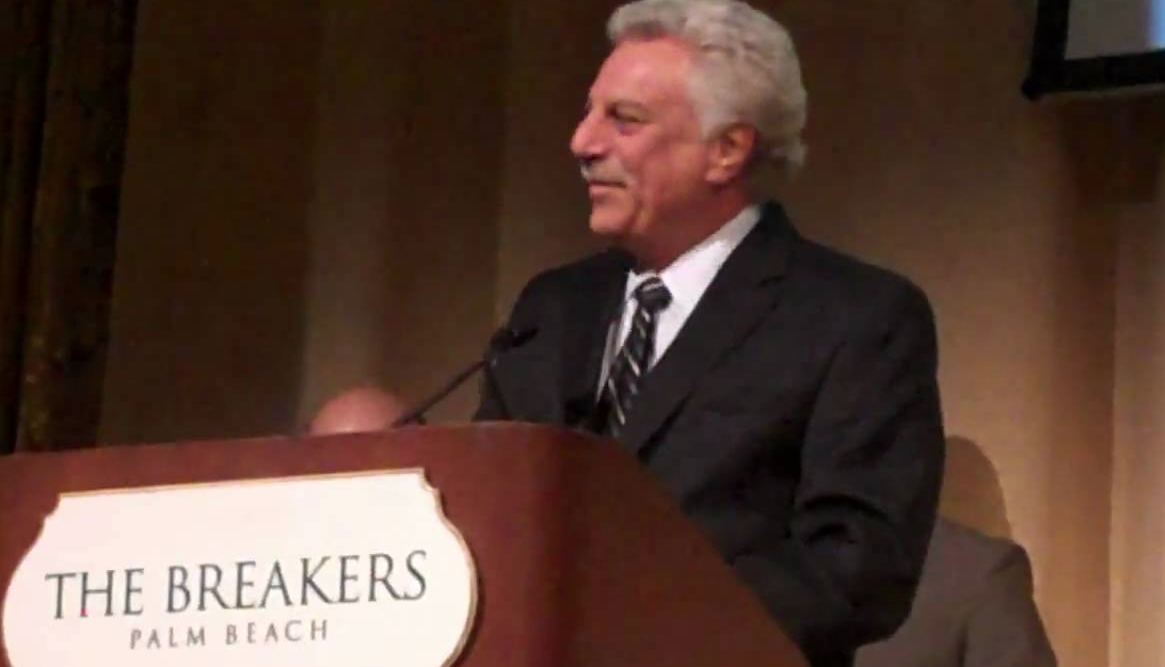 The G-Star School of the Arts for Film, Animation, and the Performing Arts In West Palm Beach, FL has become a national leader in preparing students for careers in the entertainment industry. They school has launched the careers of students in film, theater, and behind the scenes making magic for the stage and screen.

Founder and CEO Greg Hauptner is the man behind this innovative Palm Beach County school where students are just beginning their journey in the business. Hauptner has found his home at G-Star, and his journey there is just as remarkable as the stories his students will someday tell about their own exciting careers.

The entertainment industry was not always the career bath for Hauptman. It actually began on the end of a telephone line— and not talking on it. He had traveled and ultimately was installing phone systems in buildings in Miami when a conversation with a neighbor represented the fork in the road.

“He wound up convincing me that if I went to beauty school I could make lots of money,” Hauptner says.

So after finishing beauty school and refining his craft, he opened his own salon in 1976, quickly making a name for himself inside the industry. He joined a professional organization where he met some of the luminaries of the industry like Paul Mitchell and Vidal Sassoon, enabling Hauptner to grow his own business and serve an elite clientele.

It was during this time that he also worked with his first famous client. Susan Ford, daughter of President Gerald Ford, who was the focus of a cover story for Family Circle magazine. It was only the beginning.

By 1980, Hauptner had positioned himself as one of the very best. He began working on what was at the time perhaps the most famous head of hair on the planet: Farrah Fawcett.

Fawcett was starring in a six-week run of “Butterflies are Free” at the Burt Reynolds Theater, a production directed by Dom Deluise.

The celebrity clients continued to come in through Hauptner’s association with the Burt Reynolds Theater. Loni Anderson and Kirstie Alley both sat in the chair to take advantage of Hauptner’s measurable talent. It also gave Hauptner a chance to learn something about his famous clients.

“Being a hairdresser is very unusual… when they’re sitting there they start talking to you and telling you their whole life story—all their secrets—who’s dating who, who’s cheating on who, so you become an intimate part very quickly”

Life is about opportunities, and Hauptner’s work as a hairdresser enabled him to branch out into other parts of the business. He eventually worked as a producer for a handful of lower budget films, which opened his eyes to even more possibilities that would pay dividends down the road.

Children alter priorities, and they did for Greg Hauptner as well. He began trying to think of a new direction, and that is where his next idea began.

He thought, “I’d like to do like a kid’s TV show—like a news magazine and my son could work his way into it.”

Combining the first initial of his son Gregory’s name and an acronym for ‘students in the arts,’ Hauptner came up with the name G-Star for the fledgling program. It eventually aired on both PAX-TV and West Palm Beach, FL educational television station WXEL, showcasing videos produced by regional high school media departments and hosted by two teenagers.

But it was someone else’s idea that would position Greg Hauptner to have such a positive influence on the lives of so many young people with aspirations to enter the entertainment industry.

“Somebody came to me at some point and said ‘you should start a charter school.”

In 2002, there was one more charter school spot available in Palm Beach County, and Hauptner won out in a competition among 14 different companies. While an important victory, it was also a sobering moment.

“I walked out the door and had a piece of paper that said I had a charter school. I had no students, no teachers, no location, no books. I had nothing.”

After finding a location at what was then the Palm Beach Water Department, the process began of assembling a team— and recruiting the students— for the 2003 school year.

“I went to someone and asked if they wanted to join me, and then the two of us sat there and then we interviewed for a position,” Hauptner says of the hiring process. “The one we liked we’d just call them on the phone and have them come right back again and they’d sit on the side of the table with us that same day and the three of us would interview the next person.”

The process led to a truly collaborative effort to build the team of teachers and administrators.

After getting the faculty and staff together, getting students presented its own challenges. Hauptner says just a month before opening the school only had 60 students, needing 132 just to break even and stave off shutting the doors just as they started. By the time the bell rang for school to begin, G-Star had 156 students thanks in part to the work of everyone to find the kids and convince them that G-Star was the place for them.

More than a dozen years later, the school is still helping students fulfill their dreams by providing them with the foundation they need to find their place in an industry that can be difficult to break into.

“You take the best and the brightest kids and you teach them to be good actors or filmmakers or whatever it may be and then you graduate them. You’ve developed this wonderful talent—you’re brilliant, it’s terrific—and sincerely they are—and then you say okay, now go get a job.”

Hauptner explains that for example in the film industry, getting on a set is the key to getting a start in the business, and that can be a challenge in itself. At G-Star, kids can get that opportunity right on campus.

“There is no other school in the world that does what we do,” he explains. “I built a motion picture studio and put the school on the back lot.”

“If people want to come in and use our studio I will either give it to them for free or a super-cut rate as long as they have our students on set.”

This gives students the chance to work in many capacities, working in all different departments of the shoot. Some of them even work with the stars themselves.

And while the school is helping its students get the background they need in a very specialized field, it is also helping students excel in the classroom. About 97 percent of G-Star graduates go on to college.

After all these years and a journey through the entertainment that introduced him to the very best of their time, Greg Hauptner is working on preparing the next generation of filmmakers, actors, producers, effects specialists, and other entertainment industry professionals. And G-Star graduates are finding their place across the industry.

It all begins with finding the student’s talent and cultivating it.

“What we have discovered is that children are smarter than any of us put together. They are wildly creative until it is pounded out of them by bad teachers or bad systems that say ‘you’re no good,” he says.

“Our number one mission is to find what they’re interested in and then develop the talent along those ways. The secret of it all is finding something that interests the kid.”