The world of art seems elusive and exclusive to many, but Patrick Moore helps collapse that stigma with his fresh interview with The Sophia News.

If there’s one thing we learned from Andy Warhol Museum Director, Patrick Moore, it’s that life can take us in all sorts of directions. Working as museum director at the world’s largest collection of the late and great Andy Warhol wasn’t a realized dream of Mr. Moore initially.

Winding Road to the Warhol

Patrick Moore didn’t major in art history of anything of the sort. He got his degree from Carnegie Mellon in theater directing. His first gig was in a space in New Your City known as “The Kitchen,” which was highly influenced by artists in the area. Much of the world done at this location was centered around the AIDS crisis, and this led Mr. Moore to a non-profit—The Estate Project for Artists with Aids—where he eventually became director.

Though the work was impactful and important, it is the type of work that takes a toll, and Patrick Moore burned out. In need of a stark charge, he packed his bags and changed paths once more. In Los Angeles, Mr. Moore became a writer and producer for Yahoo!. It wasn’t until his husband wanted to discover on new horizons that The Warhol came into focus.

…we came upon the idea of Pittsburgh, which I had always loved from my college days.  It was then an obvious idea to get involved with The Warhol as Andy had always been my favorite artist and my background had been in the art world.”

At the Warhol, Patrick Moore thrives. In an age where many feel that museums are dying, the Warhol is flourishing. It’s the careful balance of visual art, film, and music that makes the Warhol a “first day” attraction in Pittsburgh. The five unique floors delight Warhol curators and newcomers alike.

A large part of Andy Warhol’s platform—socially and work-based—was inclusion. Patrick Moore feels that is part of what makes the museum so successful, and what makes Warhol’s art consistently relevant for years to come.

He brought together every possible kind of person, both in his personal life, his creative environment of The Factory, and in his work itself.  These were people of differing economic backgrounds, sexualities, races, genders.  You name it.  It was the mix that made it interesting.  Uptown and downtown was just the start of it.  And The Warhol is the same… We have one of the most diverse staffs of any art museum in America… There’s space for lots of different people at The Warhol and that’s because of the richness of Warhol’s legacy.”

To learn more about Patrick Moore and the Warhol, read the full interview at The Sophia News. 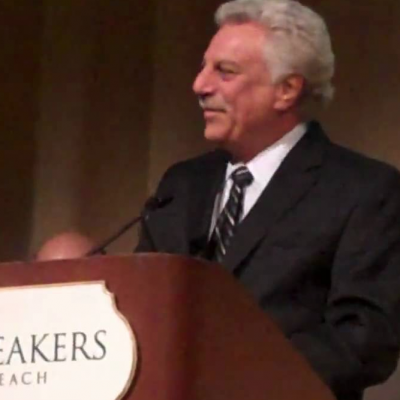