Once Upon a Time in Hollywood With Brad Pitt, Leonardo DiCaprio, and Quentin Tarantino 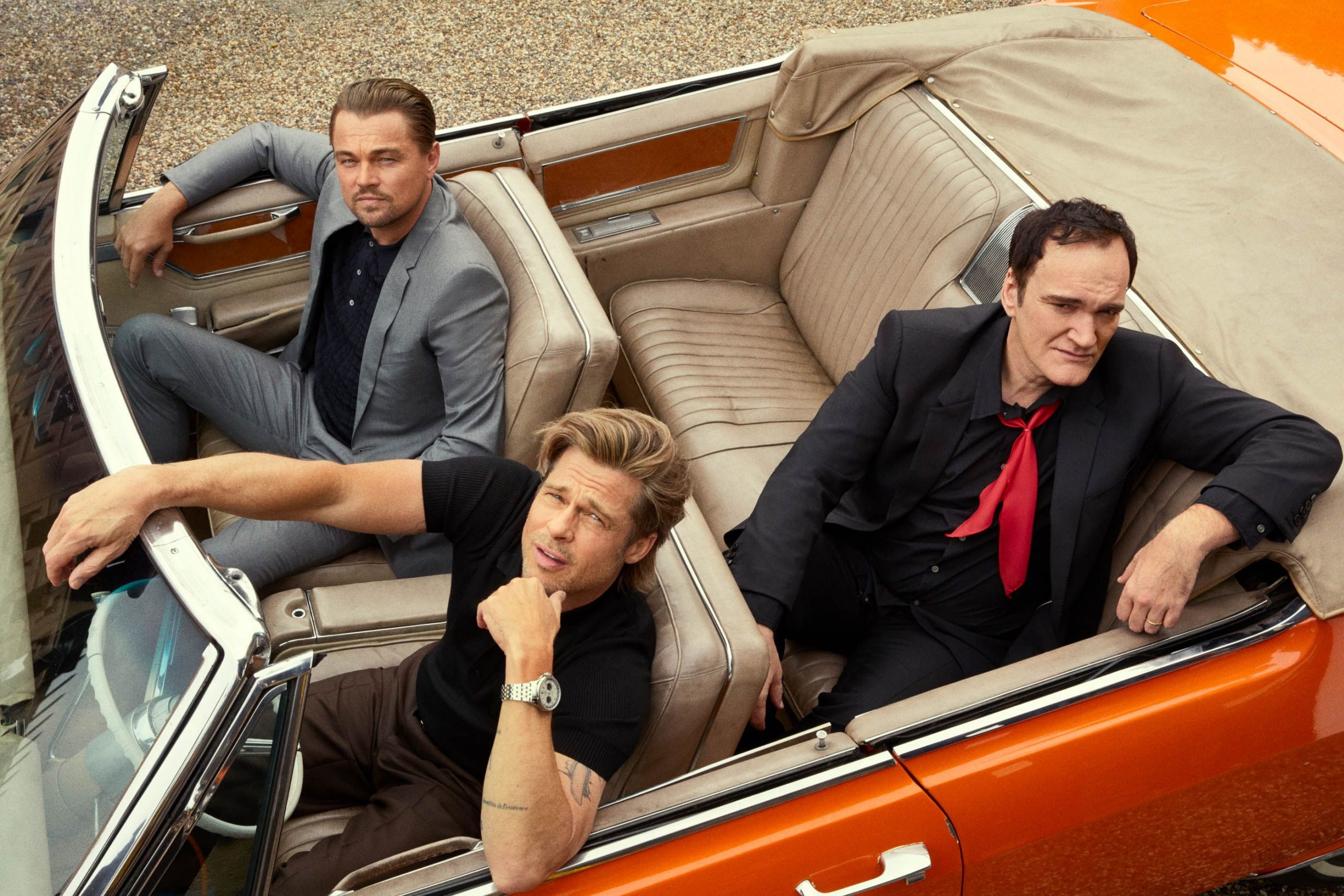 In this day and age, there are a handful of names in Hollywood that everyone knows. It doesn’t matter if you haven’t seen any of their films, you know them by name—Brad Pitt, Leonardo DiCaprio, Quentin Tarantino. They are Hollywood royalty. 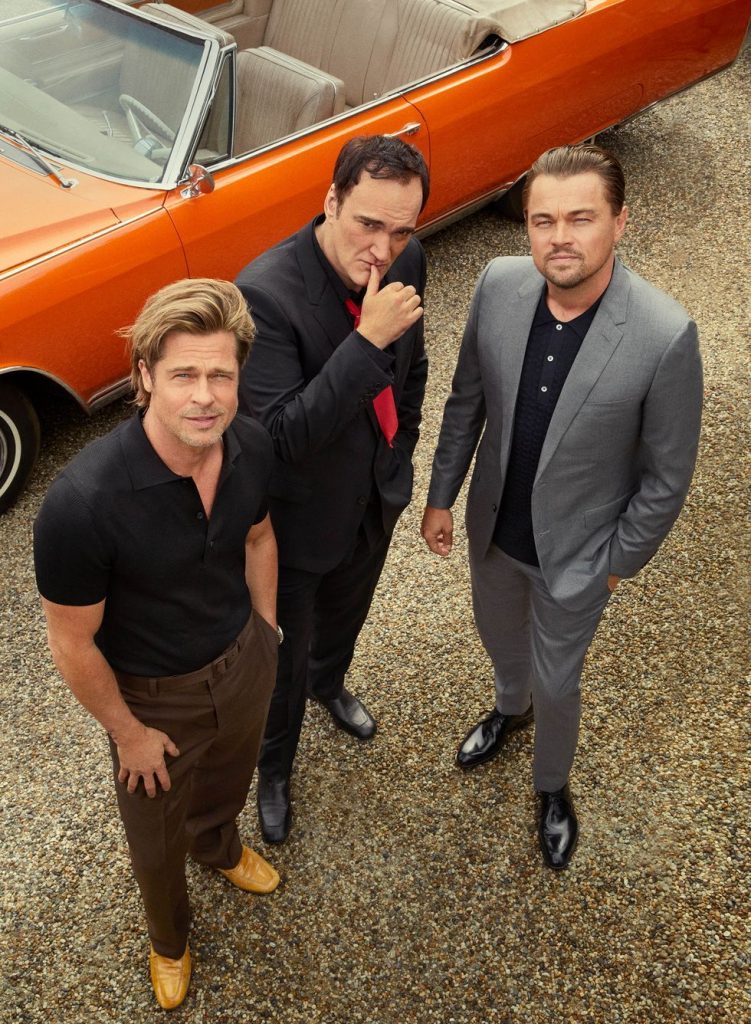 This makes their film, Once Upon a Time…in Hollywood¸ a sort of royal court, and the court doesn’t end there. The production team and cast is full of stars from Kurt Russell to Dakota Fanning, just as a film about the changing landscape of Hollywood should be.

But landing an interview with the leading men, and the man who spearheaded the project, was an unbelievable get for Michael Hainey at Esquire. The interview discusses the film, their careers, and what it is like to work on a Tarantino set.

“[This is] probably my most personal [film],” Quentin Tarantino says about the project. “I think of it like my memory piece. Alfonso [Cuarón] had Roma and Mexico City, 1970. I had L. A. and 1969. This is me. This is the year that formed me. I was six years old then. This is my world. And this is my love letter to L.A.”

It’s a well-documented fact that Tarantino’s process of filmmaking is rather different from many of his colleagues. According Leonardo DiCaprio, those differences are down to the feeling one gets when they arrive to set.

“His sets are so magnetic. You don’t walk onto sets like this anymore, where everyone has respect for the process. There’s this celebration of a way of making movies that has slowly become an antiquity in this industry. Quentin puts a tremendous amount of thought into making these characters come to life, making the authenticity of the period come to life. There’s also this freedom—an energy—we feel on his set. It’s become a rarity to have a process the way he has it.”

As the cast and crew have poured their blood, sweat, and tears into this project, the project has poured something back into many of them: a feeling of nostalgia. Tarantino and Pitt, especially, recall growing up in the age the film is based, and how the television and cinema shaped their lives. The film harkens back to a style of filmmaking that is very often neglected in the industry these days. 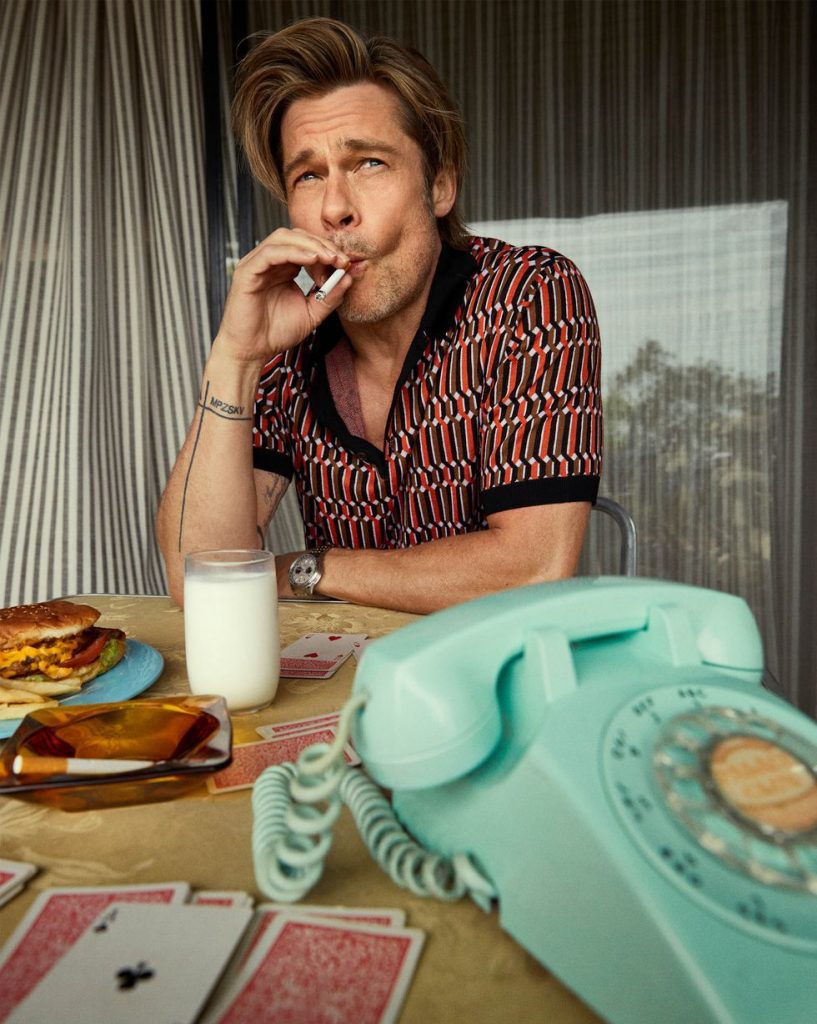 “The positive of the new landscape is you see more people getting opportunities,” Brad Pitt says. “But I see something else happening with the younger generations. I was dismayed at how many twenty-year-olds have never seen Godfather, Cuckoo’s Nest, All the President’s Men—these films that are in the Bible to me. And they may not even get to see them. I’ve always believed every good film finds its eyes, inevitably. But there’s a shift in attention span. I’ve been hearing from newer generations that they’re used to something shorter, quicker, big jump, and get out. And the streaming services work that way; you can move on to the next one if you’re enticed. What I always loved about going to a cinema was letting something slowly unfold, and to luxuriate in that story and watch and see where it goes. I’m curious to see if that whole form of movie watching is just out the window with the younger generations. I don’t think so completely.”